How does retail benefit from the skill transfer between UK and abroad? 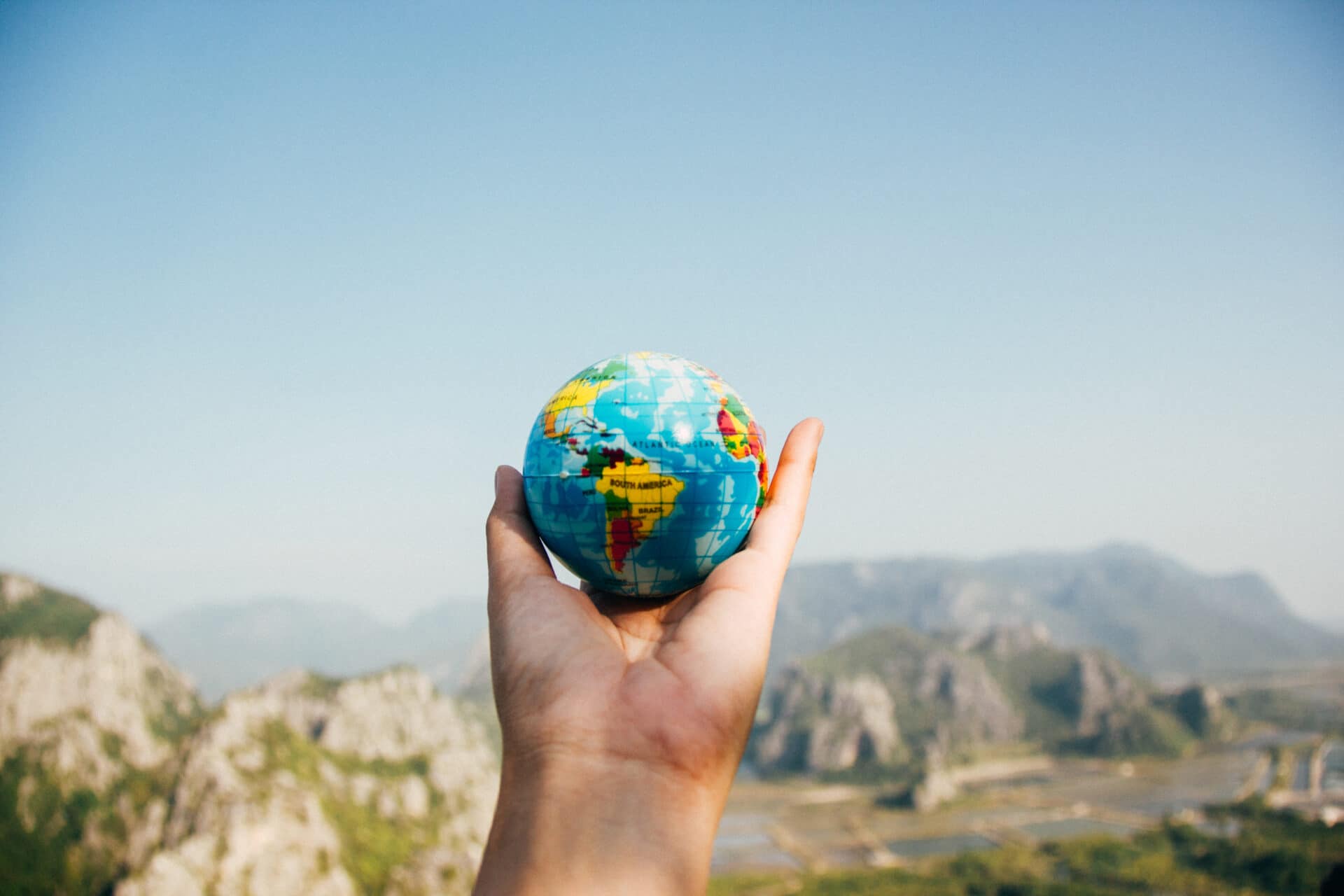 British and Northern Irish citizens are drawn to live and work in foreign countries for a wide array of reasons. Each year an estimated 350,000 individuals emigrate from the United Kingdom in order to relocate abroad. To put this in simpler terms, that amounts to nearly 1,000 people leaving the country each day.  What are they searching for? People who emigrate from the UK might be looking for work opportunities, the chance to learn a new language or to gain vital international experience in their industry.

While people move all over the world, Australia is the number one destination for Brits who leave the UK. Perhaps they are drawn in by the stunning beaches, gorgeous weather and plentiful wine? The next popular location (with half as many Brits as Australia) is the United States, followed by Spain, France, Canada and New Zealand.

That said, whilst many people are keen to leave the UK, even more are excited about entering. Immigration numbers to the UK are much higher than the numbers of individuals leaving the country. Over 500,000 people relocate to the UK each year, giving our country a boost in skills, employees and finances. UK workforces in industries such as wholesale and retail trade, hotels, and restaurants are comprised of 14% international migrants, equating to approximately 500,000 employees in high street occupations.

What are the main migratory reasons for people leaving the UK?

There are many unique and individual reasons why people choose to leave the UK. For some, it might be about family obligations or a desire to move closer to a romantic partner.

For others, it might be a sense of travel and adventure. After all, taking a job in Bangkok or Hong Kong puts the worker on the doorstep of Southeast Asia and an international experience offering. These same people are likely also motivated by the prestige of being an expat – their friends and family will likely be impressed by such a bold life move.

When it comes to people leaving the UK for Down Under, many are looking for a higher quality of life. Australia has a comparable cost of living to the UK, but its wages are much higher. For instance, in the retail sector, the average wage is between $16 AUS to $23 AUS. Service sector and retail positions tend to pay much more in Australia than they do in the UK. This can entice some people to leave high-stress jobs in London in favour of working in a shop next to Bondi Beach.

What benefits can be expected from migrants?

When it comes to the ways that migrants differ from UK workers, the differences can be subtle or strong. In many countries, smiling or being too friendly can be seen as disingenuous or even rude, and so employees in a retail setting may have to be trained in British styles of customer service. That said, if they come from Canada or the US, they may be too friendly, and have to be told to ‘tone it down’ so as not to irritate British shoppers.

People choose to come to the retail industry in the UK for a variety of reasons, but the main one is definitely higher wages. While we detailed the high Australian wages above when compared to the UK, the UK minimum wage is still much, much higher than that in many EU countries. While costs of living are far more in the UK than in these other places, if an individual is good with money they can save a lot more here than at home.

Remember – more often than not, those who have moved over from abroad are more educated than you might think. They are the ones who are most motivated and savvy, and they often have degrees and valuable skills.

Is Education an Important Factor in Retail?

While some people still ignorantly view retail as a ‘fall back’ career for people with little education, those in the field know that this could not be further from the truth. In fact, a well educated retail employee is the heart of the industry, with the skills and smarts to increase sales and build valuable customer relationships.

There is no denying that the immigrants from the EU are often much better educated than the local population. In fact, recent studies have proven that 65% of the EU immigrants to the UK have university degrees, compared with less than 40% of UK natives.

If you are keen to hire someone who is good with maths, has an eye for design and merchandising, and who is an excellent multi-tasker, you want an educated individual. Your business’s success depends on it. 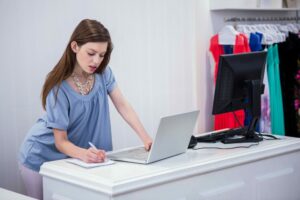 Retail & Hospitality – How many Immigrants are currently working in the industry?

There is no denying that EU citizens are the backbone of the retail and hospitality industry in the UK. In fact, there are more than 442,000 EU citizens working in the retail, restaurant and hotel sector. This figure amounts to 8% of the total people in this industry across the country. Retail is the most popular employment option for immigrants arriving in the UK. With a sudden loss of nearly 10% of our most educated retail and hospitality staff, our sector could be devastated.

While their collective numbers are important, these valuable employees are so much more than the sum of their parts. They are unique individuals with excellent work ethics, customer service skills, personalities and experience. They are also a reliable steady source of employees in an ever-changing industry that can have high rates of staff turnover.

Many UK nationals tend to see their retail positions as a stepping stone to another career. For instance, retail experience is very well suited to a career in teaching, as it is all about face to face interaction and working with people. In fact, more people than ever are choosing to take this leap and look into a rewarding career in teaching. Retail positions can also lead to jobs in corporate management, human resources, accountancy and banking, amongst many others.

With this constant turnover, foreign workers are valuable, as they are likelier to want to stay in the positions for longer, offering stability. They have the relevant skills and traits to be highly desirable for businesses across the UK.

How to attract skilled workers to your company

Published by the Business School for the World INSEAD, the 2017 Global Talent Competitiveness Index is an annually released report that ranks global nations in order of their ability to attract the best and brightest talent worldwide.

The UK has consistently featured high on the list since its inception four years ago, and in 2017 achieved a bronze medal finish behind Switzerland and Singapore. Some of the reasons that the UK is so desirable to skilled workers is the competency of our education system, the flexibility and entrepreneurialism of our employment policies and the attractive benefits offered by our national healthcare and social security infrastructure.

One of the primary ways to make sure your company capitalises on the influx of overseas talent is to take advantage of international experience apprenticeship schemes. For example, German businesses offer positions to candidates from six other countries through an apprenticeship programme, allowing employers to choose from a wider pool of talent. Though the programme itself is funded by the German government, the EU does run similar schemes for those British businesses looking to participate.

To make sure your business isn’t left behind in today’s ever-increasingly competitive marketplace, it’s essential you attract the best and brightest to your workforce. The world is bigger than the UK’s borders and prospective employers would do well to remember that, as overseas workers offer a rich and sometimes untapped source of highly-skilled labour.

Elizabeth Walker is the HR manager of a Hertfordshire based digital marketing company, Distinctly. With 10 years of experience in HR for various companies, she has written about best practice in the profession for various magazines and publications. 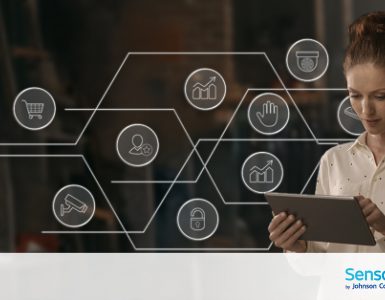 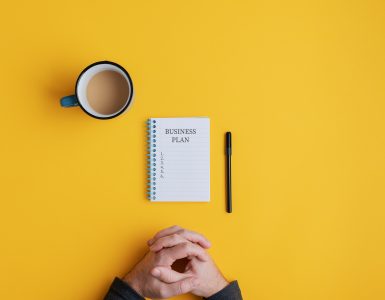 5 Ways to Streamline Your Fulfilment Operations

This post first featured in ‘The Essential Guide to Fulfilment – Are Your Logistics Future Fit?’ published in association with PHL. To read the full ebook click here, or scroll to the end of the page to view on... 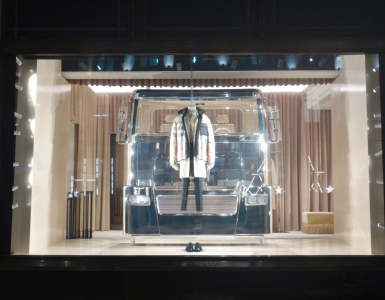