TIME FOR RETAILERS TO CUT THE CORD?

Wired, landline-based links are the traditional way retailers provide Internet and corporate network connectivity for their outlets.  That’s hardly surprising – it’s technology that’s been around for decades and for many years was the only realistic option to ensure IT systems, EPOS and a range of other applications could connect each branch with head office and key providers such as payment services.

But recent years have seen a host of mobile technologies emerge that offer strong alternatives to the legacy of landlines and the advantages of wired connectivity have paled into insignificance as the mobile industry has grown into a global success story.  However, despite a huge drive for innovation and new technology to enhance customer experience and engagement, there remain some widely held beliefs about the relative strengths of wired over wireless. Myths that wired links offer better options around reliability, cost, security and performance have fast become misconceptions that aren’t just worthy of a closer look; they need to be completely reframed if the retail industry is to deliver on the promise of a digitally transformed retail experience.

Out on the front lines of the High Street, retailers can find that they get better reliability from their mobile network than by using wired connections.  The recurring issue of service outages is a good example, and many retailers will testify to the frustration caused by traditional wired networks being regularly offline due to technical problems.  Mobile connectivity first emerged as a way to mitigate these issues by offering the protection of automated failover when fixed line services are unreliable. Increasingly, however, retailers are turning to mobile as their primary connectivity choice when they see the surprising output in performance from their wireless links.

The other problem is more practical.  Retailers are under huge pressure to rollout new technology and services in stores and running new cables into densely urbanised areas or city centres is a real challenge.  In store technology teams that have worked hard on a new store or service can find themselves unable to meet business objectives or even trade, because the disruptive process of arranging cable-based connectivity is just too slow.  Using wireless as a ‘day 1’ solution has enabled many retailers to bridge the gap, get new services online and ensure business continuity across multiple sites. The shift that many are now making is to retain their wireless connectivity as their permanent, high performance solution.

Some see a move to mobile as challenging, and bigger organisations can often be reluctant to go completely wireless in one company-wide process.  The sensible alternative is to embark on a step-by-step migration using a hybrid parallel network that shares primary across physical and wireless networks.  The main take away is those with the experience of comparing these options almost always find that wireless does a better all-round job of meeting their connectivity needs.

Widely distributed businesses can spend excessive amounts of time managing dozens of connectivity service providers.  In contrast, the ubiquity of mobile carriers can drastically streamline an organisation’s roster of WAN providers, enabling them to share data across all LTE and 5G connections and spend far less time and resources managing Internet contracts.

Additionally, some carriers are beginning to trial flat-rate business data plans that work like a fixed line subscription.  In these situations, the enterprise selects a bandwidth plan and receives a flat rate bill every month. There’s no doubt that increasing availability of these options will greatly expand the breadth of companies for whom wireless WAN is a cost-effective option.

Retailers face many of the same cybersecurity risks as other sectors and have seen their fair share of problems. Back in 2016, for example, fast food company Wendy’s fell victim to a Point-of-Sale (POS) system attack where 300 of its franchised stores were infected with malware designed to steal payment card data.  This critical data was reportedly still being leaked almost four months after the attack was discovered.

The challenges are ever present, and compliance adds another layer to the connectivity strategy of retailers.  Organisations that process credit card information must make sure every aspect of their operation meets PCI DSS guidelines – from policies and procedures to servers, POS devices and network devices.

For many, this has traditionally been a primary reason to choose wired.  But, the best mobile connectivity solutions used across the retail sector equally as secure, allowing users to create, deploy and manage network security applications at geographically distributed locations.  Add to that the availability of network management and application services, and retailers choosing wireless are improving productivity, reducing costs, and enhancing the security intelligence of their network.

The fastest wired broadband connections are often only available in specific places, but the arrival of Gigabit-Class LTE and 5G is set to revolutionise the connectivity speeds available to retailers.  These will easily match the speeds available on the fastest traditional broadband connections, and as the mobile networks continue their rollout, wireless will be faster in more places and for more people than current wired connectivity services.

And for those curious about the availability of 5G, in the UK, EE, Vodafone, 3, BT, O2 and VOXI have rolled out 5G services, and it is currently available in 22 towns and cities on at least one network.  On a global scale, Ericsson’s Mobility Report predicts that global 5G coverage is expected to reach between 55% and 65% by the end of 2025.

There’s no doubt that wireless connectivity will continue to make a growing impact for retailers across the UK.  The direction of travel is that as retail businesses look to improve performance and provide better services for in-store customers, they are going to rely more heavily on the versatility and performance that only mobile connectivity can offer.  But the myths of the wired past are ever present; it’s time to recognise these as the misconceptions they now are.

Paul brings 15 years’ experience working with Telecommunications focused IT Software Organisations, covering a range of applications including Fraud Management and Revenue Assurance, Mobile Device and Expense Management, and Wide Area Network Solutions. Much of this time has been spent working with Retail IT teams to enable Business change and meet the needs of their organisations. 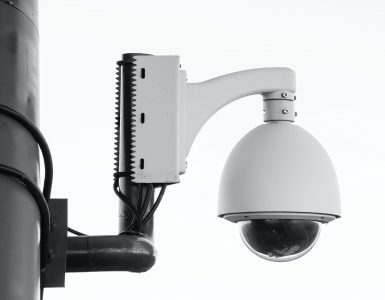 Why Is Key Holding and Alarm Response Vital for Retail Firms?

As England and other areas of the United Kingdom head into another national lockdown, it’s never been more important that retail businesses protect their interests. Of all sectors affected by the Covid-19 virus, the... 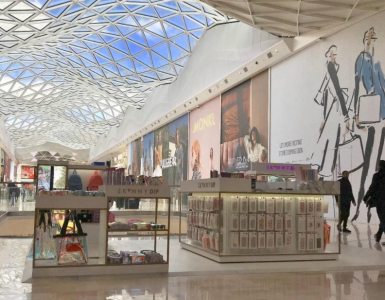 The New Normal Retail Solution for All

Retail, as we all know, is enduring the most challenging time in living memory, at a time of such uncertainty we all need to ensure that every investment is justifiable and results-driven.  Whilst e-commerce is... 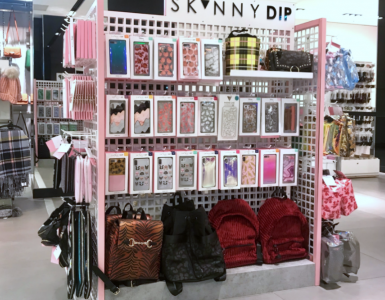